Dogs and Other Pets Suffer From Emotional Illnesses –And Sometimes it’s Just a Training Problem Pets, like people, can suffer from emotional illnesses. Vets who treat mentally ill pets have a tough task: their patients can’t tell them what’s wrong. Often they’ll look to their patient’s owner to figure out what’s going on. Marcie Fallek is a homeopathic veterinarian who works in New York City and in Fairfield County, Conn. A patient once brought a very sick cat into her office. It had scratched itself almost completely bald and had a skin condition, she says, and was suffering from tremors. The owner, anxious that she was keeping her cat cooped up in her apartment too much, brought the cat to the movies with her. The cat didn’t enjoy “Air Force One” and the tremors got worse. In her office, Dr. Fallek observed the owner and cat interacting together. The woman, like her pet, was a nervous creature. “Skin is tied to emotions in cats,” Dr. Fallek says.

“The owner was so nervous and interactions with owners affect pet health.” She asks people about the pet’s medical history but also ends up talking about things going on in the owner’s life. “Pets are emotional sponges,” she says. “They’re just there for us, they absorb.” Dr. Fallek treated the cat with ignatia — a homeopathic remedy for grief and anxiety — and it soon calmed down and began to re-grow hair. The owner, so impressed with the turnaround in her cat’s health, began to see a homeopath to receive the same therapy, Dr. Fallek says. Dr. Fallek prescribed the same treatment to a dog whose owner brought the pet in because it didn’t want to get up for walks or meals anymore. The dog was depressed and was treated for grief, but Dr. Fallek didn’t come to this conclusion until she talked about the pet and owner’s personal history.

“As it turned out, the initial problem was that this guy’s friend had died of AIDS,” she says. The owner didn’t get out of bed for days after his friend’s death and his depression rubbed off on his dog. The relationship between pet and owner is similar to that of parent and young child. “Families share a common emotional state,” says Dr. Sidney Storozum, a homeopathic veterinarian who practices in Lynchburg, Va., and was trained as a homeopath with Dr. Fallek. “Children tend to reflect the views of their parents and sometimes homeopaths treating a child will treat the parents too.” The same goes for pets, he believes. But, he says, when he diagnoses his patients, he doesn’t let the owner know that he’s also observing how they act and interact with his patient. He likes to meet his patients and their owners in his waiting room so he can see them moving around together.

Some people are very emotionally involved with their pets and others are more detached. “I’ve often observed that the animals will reciprocate,” Dr. Storozum says. “Owners who smother their pets have clingy pets.” Dr. Storozum was originally trained as a traditional veterinarian at Cornell University’s renowned College of Veterinary Medicine. He practiced for nearly 20 years, but found that X-rays, lab tests and physical symptoms weren’t enough to do any more than help him suppress symptoms of illness in some of his patients. “A lot of times the main complaint is a mental or emotional problem, like aggression for example,” Dr. Storozum says. “It’s hard enough working with patients who can’t speak.

” So he turned to homeopathic medicine because, he says, “treating individual symptoms didn’t make sense.” Many traditional veterinarians don’t believe in homeopathic medicine and look to treat emotional problems in animals in other ways. Dr. Katherine Houpt, who runs the Animal Behavior Clinic at Cornell University College of Veterinary Medicine, is not convinced that the homeopathic remedies work because they haven’t been proven to be effective for large groups of patients in clinical trials. For clingy pets that suffer from separation anxiety Dr. Houpt often prescribes Prozac. For dogs who won’t go out, she’ll suggest getting another dog to help the old dog learn from the new one’s behavior. Or, if that’s not an option, she says, she’ll have the owner move the dog’s food bowl closer to the door each day until eventually the dog is eating outside.

Owners who leave their dog home alone all day will sometimes come home from work to find a mess on the rug. The owner gets mad and yells at the dog. The dog begins to associate the mess with your anger, but doesn’t know that you’re mad because he made the mess, Dr. Houpt says. “People say, ‘oh, the dog acts guilty,’ but if you act angry, the dog’s not acting guilty, it’s afraid,” she says. It’s not that the dog is sharing the owner’s dismay over a dirty rug. Dr. Houpt believes that pets and owners can convey emotional signals to one another, but she doesn’t diagnose a pet’s mental illnesses based on its owner’s history. “Dogs will laugh when you laugh and cry when you cry,” she says. “Dogs are much better at observing changes in demeanor than we are.”

One thing is for certain that despite the emotional quotient, dogs are much cleverer than human beings and aren’t emotional fools like their human counterparts as they have a mind that is free to think on its own without being influenced by their masters apart from a strong sense of attachment with the ones they take a liking to when even their health is at risk as given on the site https://www.latimes.com/lifestyle/story/2019-10-04/pets-cbd-pain-anxiety when they are prone to anxiety attacks when they see a loved one in grave trouble or hurt. 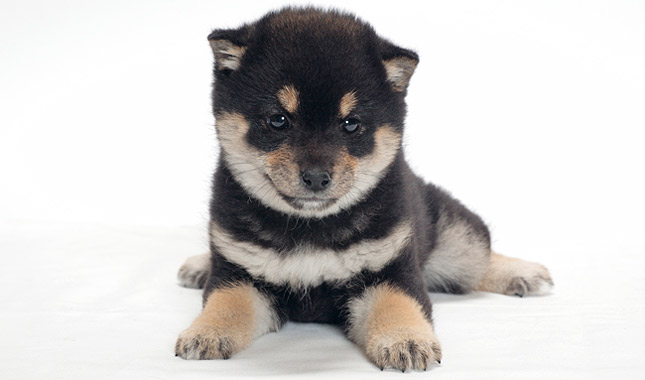