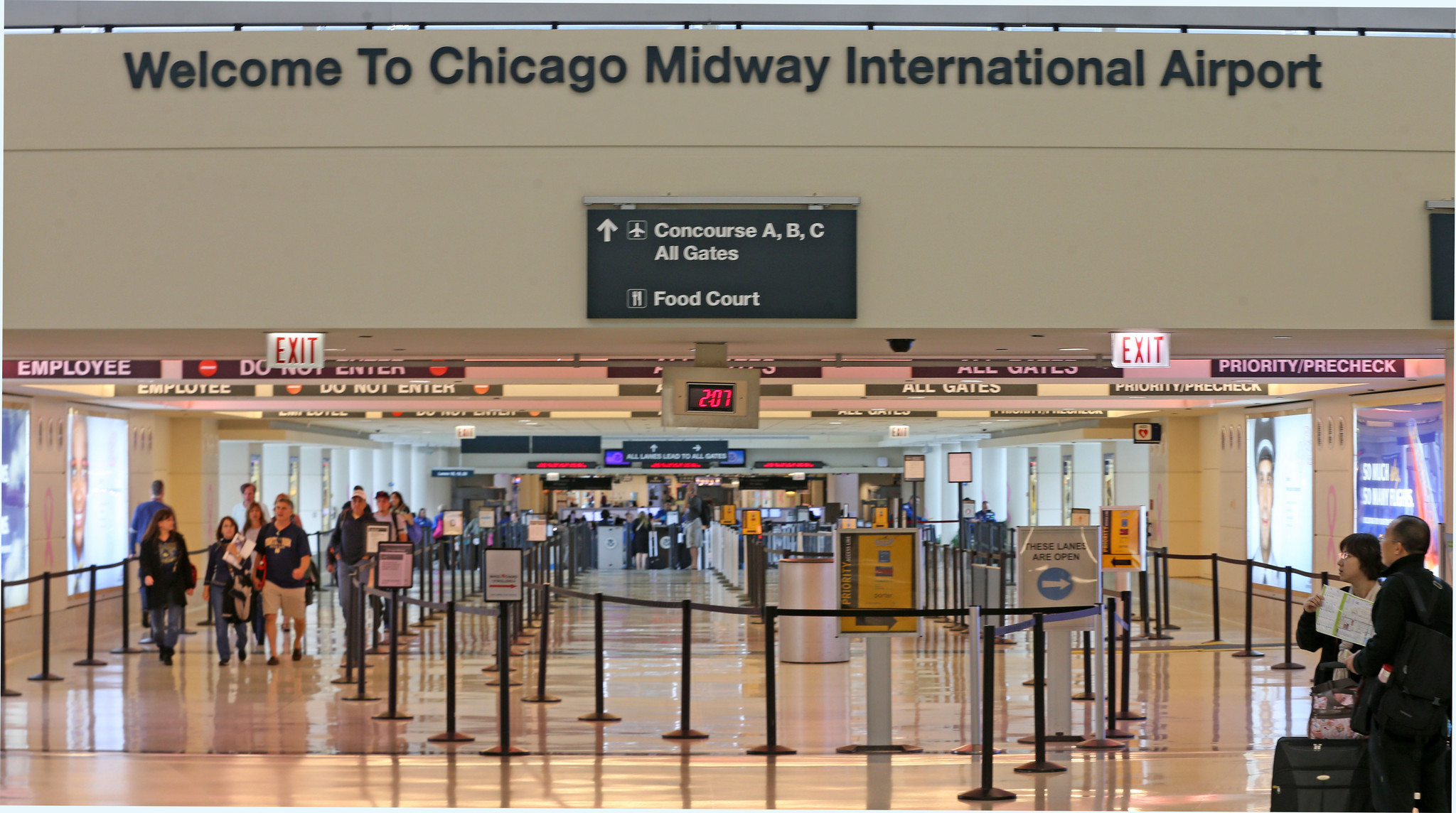 Do you live on the North Side, but prefer to fly out of Midway to avoid the craziness of O’hare? Palma airport to Santa Ponsa is there to help you with that. Many people have no idea how easy it is to take public transportation to Midway. I have friends who pay an arm and a leg to take a cab, but the L gets you there and there are elevators if you have a difficult time with your bags because you are a senior or have a disability. Also, priority seating is mandatory for Public transportation. Of course, you will need a transit card to ride the train at all, but you may pay for the bus in cash. Always keep in mind the bus only takes exact change and no change is given back, so bring your singles and quarters to ride. Once at the station make sure to stop at a handy transit card dispenser and get a transit card or charge one you already possess. The kiosk has easy to understand instructions.

Now, we take the blue line train (Toward Forest Park) to Clark and Lake. Clark Lake is the transfer point for all other color train lines. You must get off at this stop if you do not want to pay more than once to ride(Remember this for your return trip.). From Clark Lake, you will want to take the Orange Line train to Midway.

Exiting the train at Clark Lake the signs clearly point you in the direction of 203 N LaSalle /James R Thomson Center.

This elevator bypasses escalators that are a serious hassle when carrying luggage(especially with a hurt ankle.).

Exiting the elevator you will see the junction of escalators, and just beyond these you will see a sign clearly marked, “Orange Line”, with an arrow pointing, as well as an elevator symbol. Follow along to the next elevator which will be marked, “Lake Street/LaSalle Street/James R Thompson Ctr Atrium level”. This Elevator bypasses another crazy escalator maze. Exiting this elevator follow the hall to a sign that reads, “to trains”.

In the halls, the end is a vestibule which you may want to stay inside in winter. Just outside the doors is a large orange sign that reads, “Midway” with an airplane symbol.

The train will be Marked, “Orange line”. 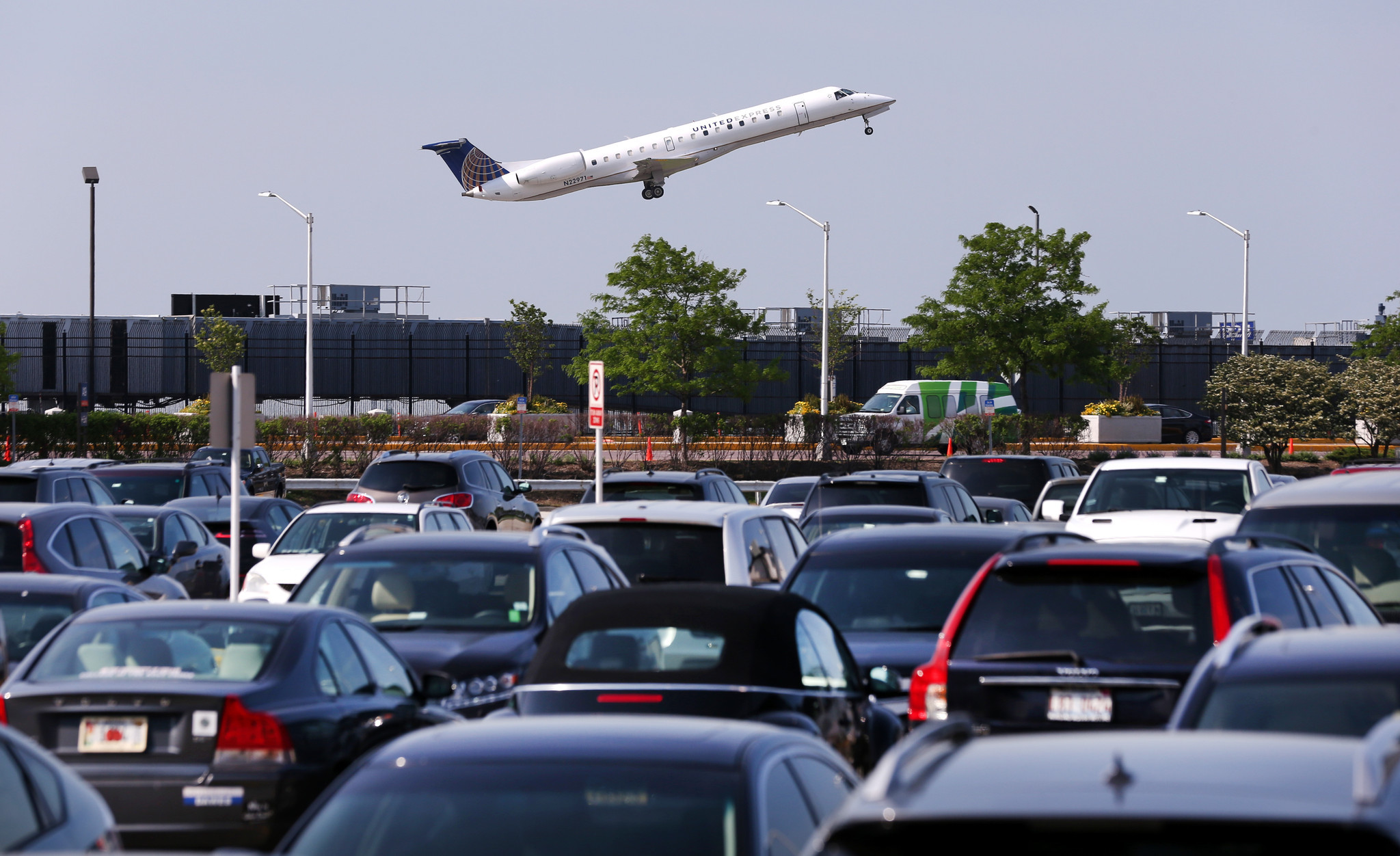 A short ride later you reach the end of the line. The engineer will announce the end of the line and that all passengers must disembark. There is an elevator on the platform that takes you to a mezzanine. From here there is a hallway and a people mover that leads to an elevator and there is a long winding hallway with people movers and murals that takes you right into the airport.

Of course, once you reach the airport there are elevators for your convenience therein.

This turned out to be a lot easier than I imagined it would as I had an injured ankle at the time I went. Wearing support on my leg allowed me to sit instead of stand, as a young man got up for me. Standing for the bus or train ride can be horrible if you are injured or disabled or just getting older, but people actually adhere to the rule and let you sit down if you are in need. Also, if you get lost ask a CTA employee politely and they will help you out. Please always be as nice as possible to CTA employees. They end up seeing the worst of the public and they deserve a break from ignorance and disrespect many people throw at them.

Follow the directions in reverse on the return trip. Make sure you get off the Orange line at Clark  Lake or you will end up paying more than once. Then Down the Elevators to Board a blue line train towards O’hare. Exit the train at Jefferson Park Station or whatever blue line stop is best for you as a North Sider.

Obviously this works with Green, Purple, Pink, Brown, and Blue lines as they converge at Clark Lake. So, Happy Transit, and Happy Flight! NEW ZEALAND – All about the beautiful country!