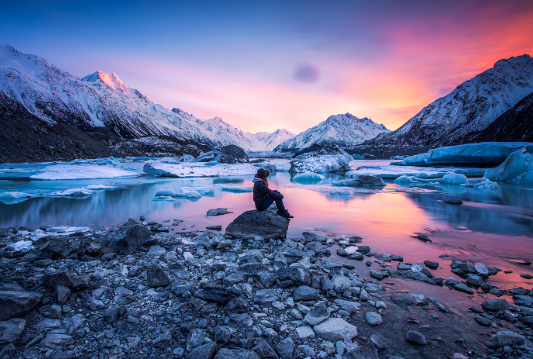 New Zealand is one of the most beautiful exotic countries. Its astonishing sceneries, with volcanoes, lakes, large forests and wildlife, attract each year waves of visitors. Not only tourists seem fond of New Zealand. The producers for Lord of the Rings picked New Zealand as Middle Earth. Furthermore, the country’s Maori population has inhibited the islands since 1200 AD. Their traditions, lifestyle and beliefs have survived for centuries. New Zealand earned the rank of the freest country in the world and you can clearly see that among the locals. They are non-judgmental and lack hierarchies. While the preservation of culture and community events are important, what one does as an individual counts more in their eyes. They respect others’ privacy and expect the favor to be returned. In Maori etiquette, songs play an important role, so don’t be surprised when people start singing on the streets. New Zealand is the only place where Kiwi means: firstly, a New Zealand inhabitant; secondly, the national bird; and thirdly (with a “maybe” in front) the kiwifruit. For an unknown reason, kiwifruits received the nickname of Chinese Gooseberries.

New Zealand is the paradise for art aficionados. Despite cannibalism and polygamy being regarded as primitive Maori habits, the group gained recognition for its artistic inclinations. The artists would tattoo a person’s face with a chisel (right now they use modern technique). Art for Maori never served a practical purpose, but a form of expressing their concerns and their spirituality. Add on your itinerary One Tree Hill, Tongariro National Park, Rotorua, Goat Island, Cape Road and Kaitaia. For more urban attractions, go to Auckland’s Sky Tower or The Beehive in Wellington. Don’t miss the fjords and glaciers. New Zealand is a popular sailing spot, so you should try to explore the nature from the comfort of a boat. Top 5 Places to Visit in France Take the “L” to Midway Airport from Jefferson Park